On Tuesday I got four postcards: two from Indonesia and two from Germany. One of the cards from Germany comes from Berlin. I sent the card to me when I was there.

The card shows the Berlin U-Bahn. The underground opened in 1902. 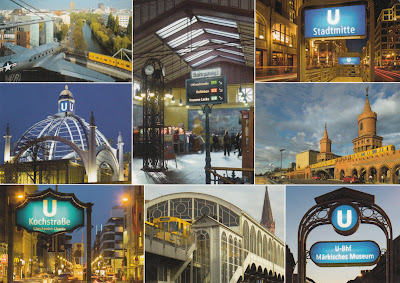 On Tuesday I got four postcards: two from Indonesia and two from Germany. One of the cards from Germany broaches the issue of the Bayreuth Festival. 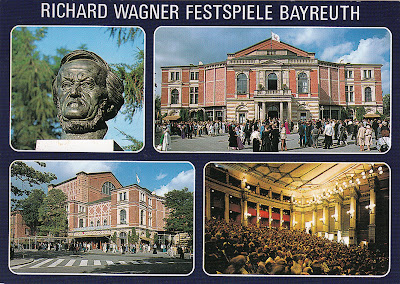 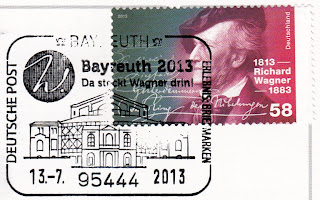 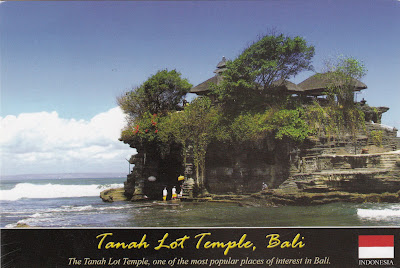 Email ThisBlogThis!Share to TwitterShare to FacebookShare to Pinterest
Labels: Indonesia

Bali is a island belonging to Indonesia since 1945 and also a Indonesian province. The capital of the province is Denpasar. 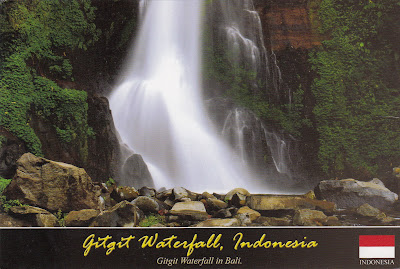 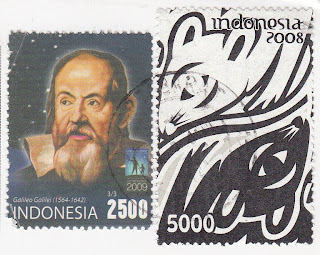 Email ThisBlogThis!Share to TwitterShare to FacebookShare to Pinterest
Labels: Indonesia

On Monday I got a cover from Russia. Inside was the new EUROPA stamp from Kazakhstan. 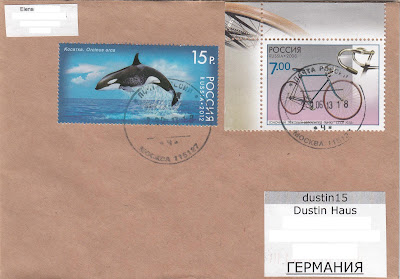 On Monday I got a nice surprise card from Hong Kong.

The card shows again one of the Rubber Duck sculptures by Dutch artist Florentijn Hofman. In the background you can see Victoria Harbour. 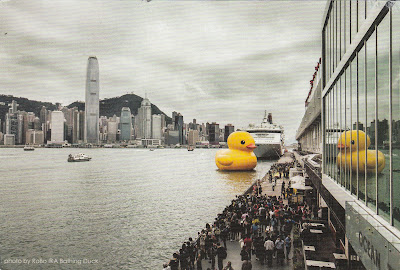 Thank You very much Lelia!

﻿On Tuesday I got two postcards: one from Hong Kong and one from Germany. The postcard from Germany comes from Schleswig-Holstein’s capital Kiel. I got the postcard some weeks ago in a cover and then I send it to Berlin to get a special postmark.

Kiel is located on the Baltic Sea and is the endpoint of the Kiel Canal (Nord-Ostsee-Kanal). The city is Germany’s northernmost big town and thirtieth largest city in Germany. In Kiel is also a important naval base of the German Navy. 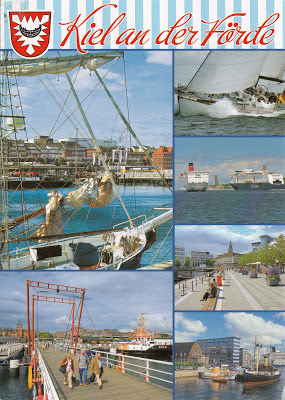 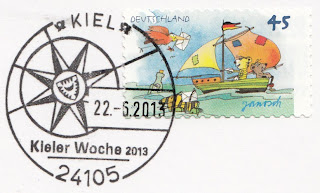 ﻿On Tuesday I got two postcards: one from Germany and one from Hong Kong.

The postcard from Hong Kong shows one of the Rubber Duck sculptures by Dutch artist Florentijn Hofman. The Duck on the postcard is sized 14×15×16.5 metres and visited Hong Kong between the 1st May and the 9th June. At the back you can see the Star Ferry Pier and the Clock Tower. 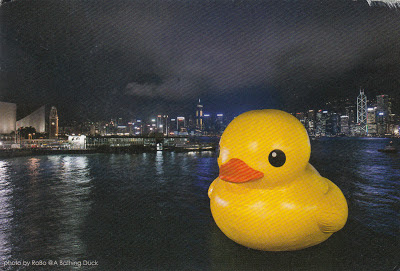 Thank You very much Lelia!

﻿On Monday I got a nice postcard from Germany or more precisely from Goslar. I bought the card when I was there and then I send it to Berlin to get a special postmark.

The card shows the Imperial Palace (the biggest, oldest and most well preserved secular building in Germany), the Gose (a river flowing through Goslar), the market church and the “Kaiserworth”. The Old Town is since 1992 a UNESCO World Heritage Site. 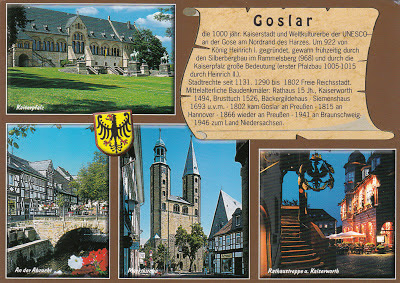 Stamp:
Janosch-sailing boat (from set of two) (issued 01-03-2013)
and a great special postmark celebrating the 130th anniversary of diplomatic relations between Germany and (South) Korea 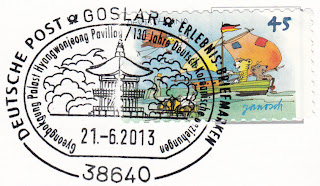 Yesterday I got two postcards from Germany. One of them comes from Hanover, the capital of Lower Saxony. I sent the card to me when I was there.
The card shows a polar bear (Ursus maritimus) in the "Hanover Adventure Zoo". The zoo was opened in 1865 and in the 1990s the zoo was modernised with new natural compounds. The zoo is now divided in seven theme worlds (Zambezi, Gorilla Mountain, Yukon Bay, Jungle Palace, Outback, Mullewapp, Meyers Farm). The polar bear lives in Yukon Bay which is the latest theme world (opened 2010). It constitutes the Yukon Territory in Canada and domiciled the animals of the North. 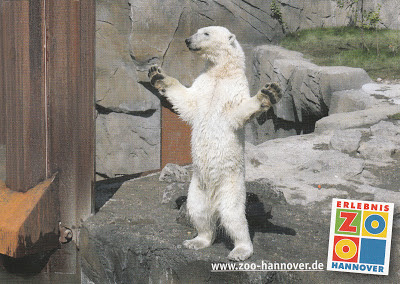 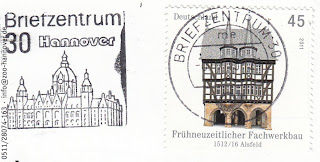 Germany: Frankfurt on the Main

﻿Yesterday I got two postcards from Germany. One of them comes from Frankfurt on the Main. Frankfurt is the largest city in Hesse and the fifth largest city in Germany. Frankfurt is the seat of the European Central Bank and thus one of the four "capitals" of the European Union. It is a traffic junction, the train station is also junction and the airport belongs to "World's busiest airports by passenger traffic". Frankfurt is also important financial centre.
The card shows the skyline of Frankfurt. The office buildings belong to the highest in Europe. Therefore the city is sometimes called "Mainhattan". 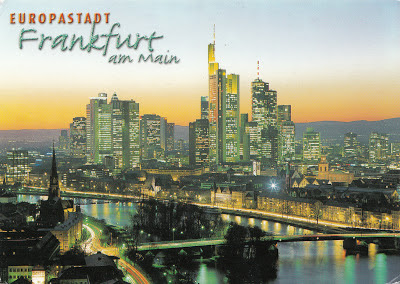 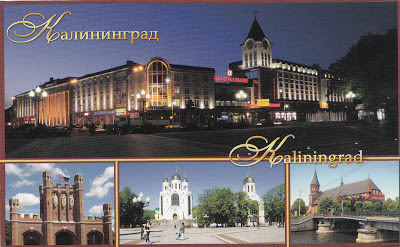 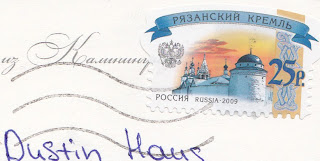