My Trip to Paris and Versailles

Last week I was in Paris and Versailles and there I got some postcards for my collection.

Paris is the capital city and the most populous city of France. The metropolitan area of Paris is one of the largest population centres in Europe. It is also a global city and is regarded as a major city of arts and fashion. The city is located on the River Seine in the Île-de-France region in Northern France. In 1900 and 1924 Paris hosted the Olympic Summer Games and in 2024 it will once again do so. The Banks of the Seine in Paris are since 1991 on the UNESCO World Heritage List. 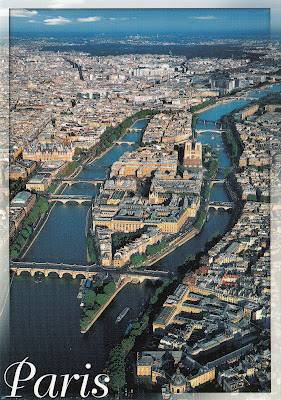 The Louvre was built as fortress in the late 12th century and in the 16th century it became the main residence of the French Kings, which it remained until 1682 when Louis XIV moved to Versailles. From then on the Louvre was used to house the royal collections. During the French Revolution the National Assembly decreed that the Louvre should be used as a museum to display the nation's masterpieces. Since the museum was opened in 1793 its collections were, with some setbacks, steadily growing and now house 38000 objects from prehistory to the 21st century. Today it is the most visited and largest art museum in the World. Some of the most famous artworks in its collection are Leonardo da Vinci's Mona Lisa, the Nike of Samothrace, the Venus de Milo and so many more. 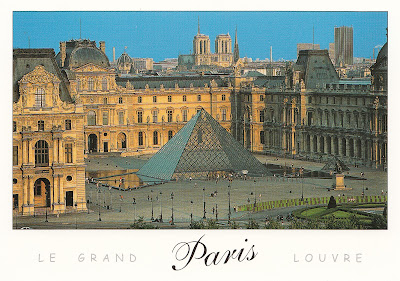 Les Invalides was built in the late 17th century as home and hospital for aged and unwell soldiers. Its construction was ordered by Louis XIV. Today it still serves its original purpose, but also houses some museums. The most famous of the museums at Les Invalides is the Musée de l'Armée. 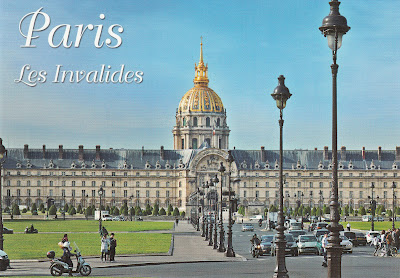 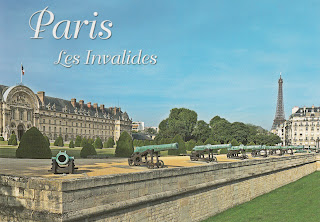 Even more famous than the Musée de l'Armée is the Dôme des Invalides, which houses the tombs of some French military heroes including the tomb of Napoleon Bonaparte since 1840. 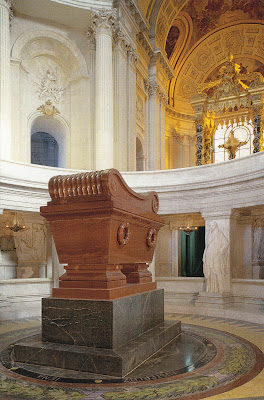 Notre-Dame de Paris is one of the oldest and finest examples of French Gothic architecture. It is the cathedral of the Archdiocese of Paris and houses some of Catholicism's most important relics. During the French Revolution it suffered desecration, but was restored in 1845 and once again in 1991. In 1804 it was the site of Napoleon Bonaparte's coronation ceremony as Emperor of the French. Victor Hugo's famous novel The Hunchback of Notre-Dame is centred at the cathedral. 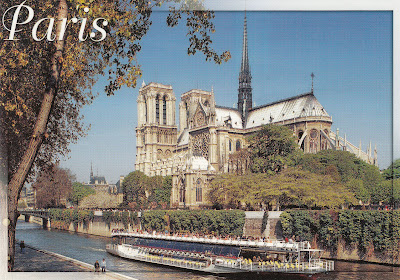 The Eiffel Tower was built for the 1889 World's Fair held in Paris and was designed and built by Gustav Eiffel. It is 324 metres tall. Since its construction it has become a global cultural icon of France and one of the most recognisable structures in the World. Today it is one of the most visited paid monuments in the World. 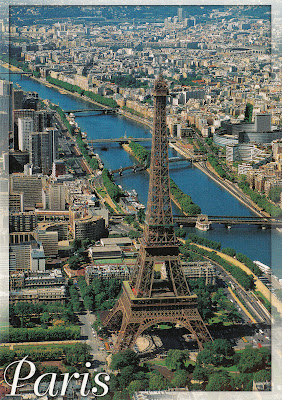 In the shop at one of the feets of the Eiffel Tower I found two special Paris cards which I was looking for for some years now. 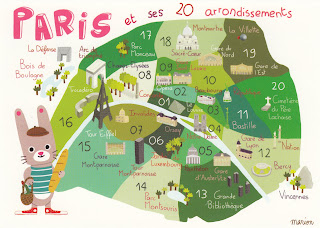 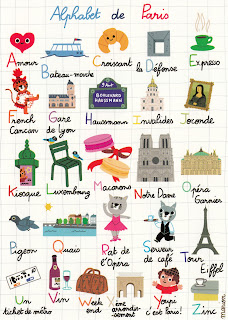 The Palace of Versailles is one of the largest palaces in Europe. Actually only a small hunting lodge, it was enlarged into a royal palace by Louis XIV between 1661 and 1715. In 1682 Louis XIV moved his court from Paris to Versailles. The palace became the political and cultural centre of France, but also a symbol of the Absolute Monarchy and the abundant life of the monarch. Furthermore it provided Europe with a model of the ideal royal residence and so the architecture of the palace, the gardens and the life of Versailles were often copied in other countries. In the course of the French Revolution Louis XVI and his family were forced to return to Paris in 1789. Since the 19th century it was used as museum and can be visited. After the French defeat in the Franco-Prussian War Prussian King Wilhelm I was proclaimed German Emperor in the Hall of Mirrors on 18th January 1871 and after World War I the Treaty of Versailles was signed there in 1919. Palace and Park of Versailles are since 1979 on the UNESCO World Heritage List. 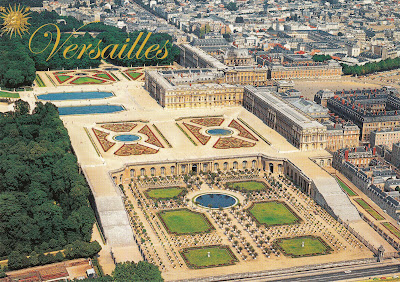 In Paris I also bought a few cards of places which I have not seen during my trip.

The Centre Georges Pompidou was opened in 1977. Among others it houses the Musée National d'Art Moderne, the largest museum for modern art in Europe. 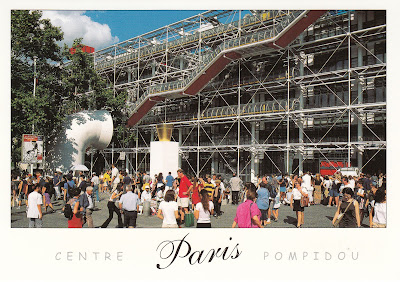 The Place de la Concorde is the largest public square in Paris. It was the site of many notable public executions during the French Revolution. Famous victims of the executions on the square include Louis XVI, Marie Antoinette, Georges Danton, Maximilien Robespierre and Olympe de Gouges.

The Pont Alexandre III was built between 1896 and 1900. It is a deck arch bridge, which is named after Russian Tsar Alexander III in commemoration of the conclusion of the Franco-Russian Alliance in 1892. The bridge is widely regarded as the most extravagant bridge in Paris. 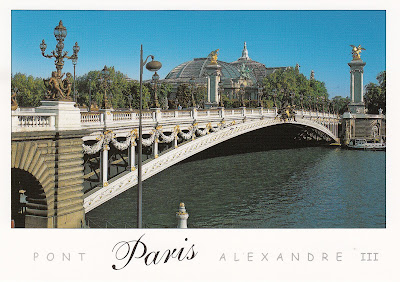