On Wednesday I got two postcards from Germany.

One of them shows the Castrum Novaesium in Neuss. The Castra Novaesium is one of the most important, oldest and best explored Roman military camps in the Rhineland. As part of the Lower German Limes it seeks for the inclusion on the UNESCO World Heritage List. 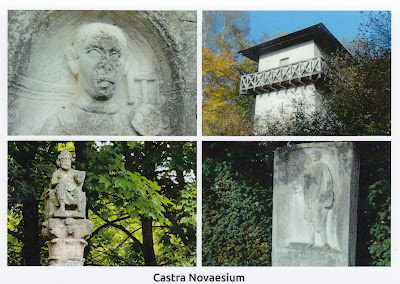 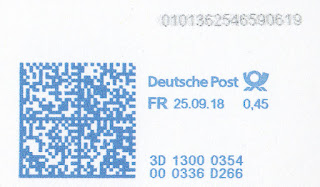 On Wednesday I got two postcards from Germany.

One of them shows the Botanical Garden of Halle. The Botanical Garden is maintained by the University of Halle-Wittenberg and is a part of the Saxony-Anhalt Garden Dreams tourism network. Its origin can be traced back to 1698, when it was founded as one of the oldest botanical gardens in Prussia. 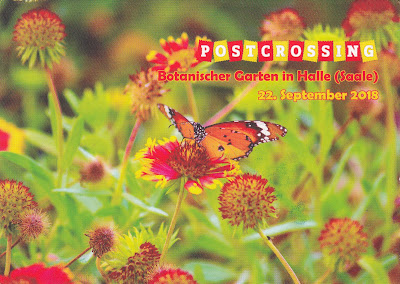 The card was signed during the Postcrossing Meet-up in Halle.
Stamp:
Garden Kingdom of Dessau-Wörlitz (from set of two) (issued 12-07-2018) 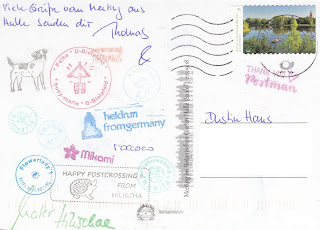 Thank You very much Thomas!

On Saturday I got a cover from Austria.

Stamps:
Definitive (from a set of nine) (issued 01-03-2015)
100th anniversary of the Austrian Republic (issued 23-08-2018)
with a special postmark about the end of World War I from Baden bei Wien, which was the seat of the Austro-Hungarian high command in the last years of the war 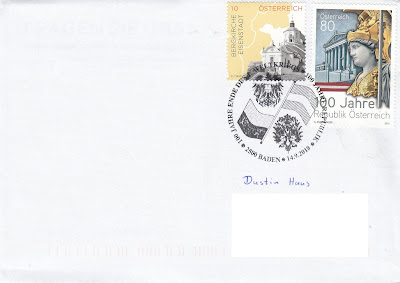 Last Friday I was in Bremen to visit a special exhibition at the Cathedral Museum. Luckily I also got a few cards of the museum.

The Cathedral Museum is located in an adjacent building of the Bremen Cathedral. It was founded in 1987 to show the finds from the Medieval bishop tombs.

On Thursday I got two postcards from Japan.

One of them shows Kumamon. Kumamon was created in 2010 as mascot of the Japanese prefecture of Kumamoto. Since then it became popular around the World. 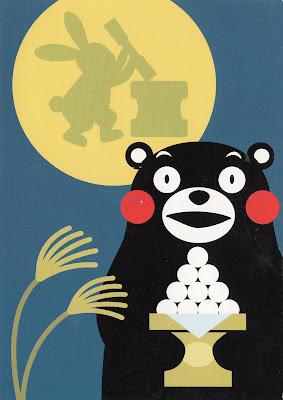 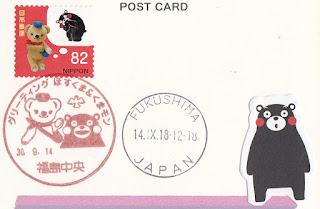 Thank You very much Wakana!

On Thursday I got two postcards from Japan. 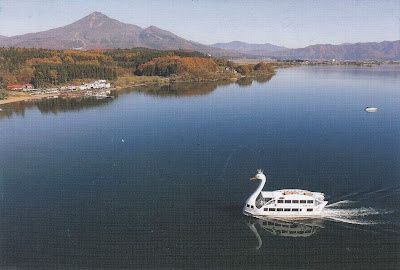 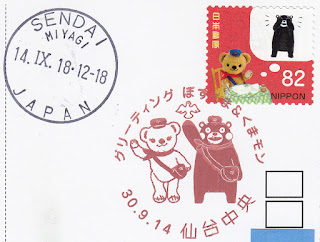 On Thursday I got not only two postcards but also three covers from Germany.

Stamp:
Peanuts (from set of two) (issued 01-03-2018)
with a matching special postmark from Herford 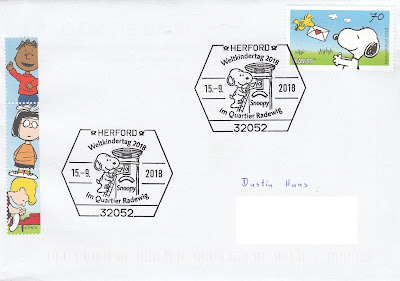 Stamp:
Mushrooms (from set of three) (issued 09-08-2018)
with a matching special postmark from Berlin 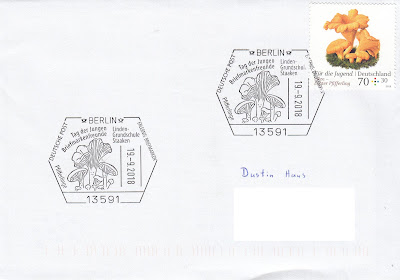 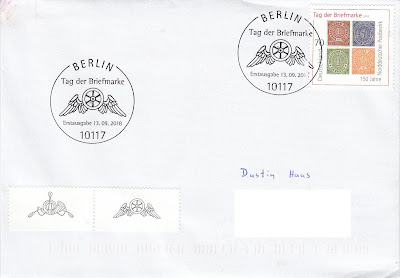 On Wednesday I got a postcard from Germany.

It shows Albrecht Dürer's Great Piece of Turf.
I bought this card when I was recently in Nuremberg. 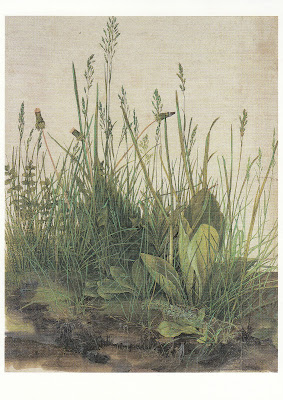 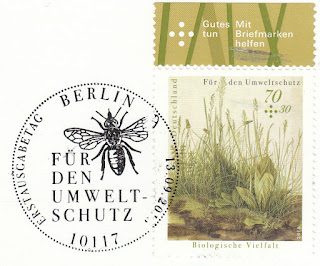 On Tuesday I got my first postcard from Palestine.

Palestine is a de jure sovereign state in the Middle East, which claims the West Bank and the Gaza Strip. It was proclaimed by the Palestine Liberation Organisation in 1988 and is today recognised by 136 UN members. Since 2012 it has a status of a non-member observer state in the United Nations. Although East Jerusalem is its designated capital, its administrative centre is currently located in Ramallah.

The card shows Bethlehem. Bethlehem is a city in the West Bank. It is World-famous as birthplace of King David and Jesus. Especially around Christmas it is an important tourist destination. 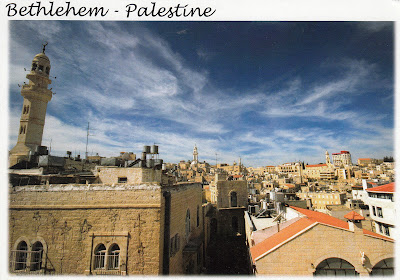 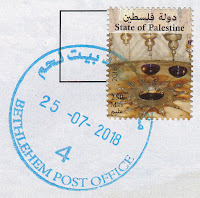 My Trip to Hamburg

On Tuesday I was in Hamburg and there I bought a few cards for my collection.

The International Maritime Museum was opened in 2008. It is housed in the Kaispeicher B, the oldest preserved warehouse in Hamburg, and shows the private collection of Peter Tamm, which includes over 40000 items and more than one million photographs with a maritime connection.

The Elbphilharmonie is a concert hall near the Speicherstadt. Construction started in 2007 and when it was finally completed in late 2016 its estimated cost was tripled. The official opening concert took place on 11th January 2017. It is one of the largest and most acoustically advanced concert halls in the World and the tallest inhabited building of Hamburg. 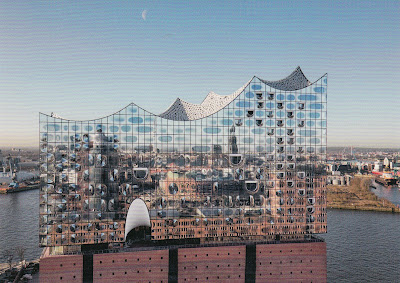 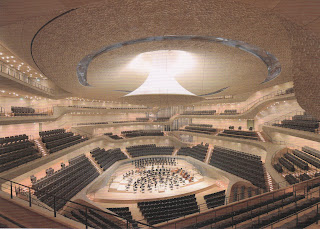 My Trip to Leipzig

Last weekend I was in Leipzig and there I bought some cards for my collection.

The Schumann House was built in 1838. During their first four years of marriage between 1840 and 1844 Clara and Robert Schumann lived in this house. Since 1995 it houses a museum about its famous inhabitants. As one of Leipzig's Musical Heritage Sites it got the European Heritage Label in 2017.

The Mendelssohn House is the only surviving private residence of the composer Felix Mendelssohn Bartholdy. He lived in the house between 1845 and his death in 1847. A museum was opened in the house in 1997. As one of Leipzig's Musical Heritage Sites it got the European Heritage Label in 2017. 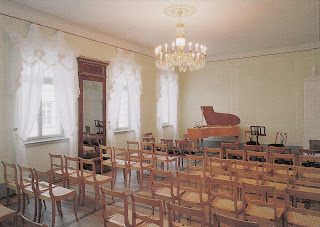 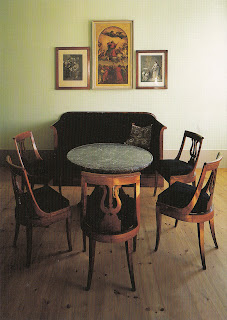 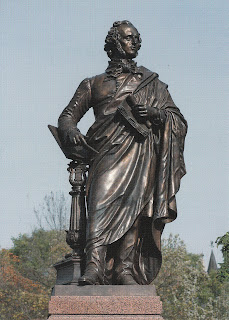 The Bach Museum was opened in 1985. It is housed in the Bose House, that is located near Bach's former residence in Leipzig and that was owned by a friend of Bach. The house is also home to the Bach Archive. As one of Leipzig's Musical Heritage Sites it got the European Heritage Label in 2017. 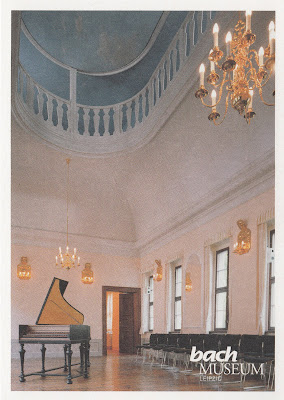 The University of Music and Theatre Leipzig was founded by Felix Mendelssohn Bartholdy as Conservatory of Music in 1843. It is the oldest higher music school in Germany. As one of Leipzig's Musical Heritage Sites it got the European Heritage Label in 2017. 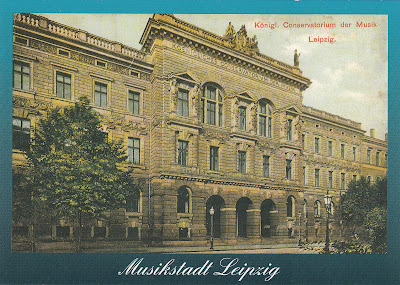 The Leipzig Zoological Garden was first opened in 1878. Today it is considered to be one of the best and most biodiverse zoos in Europe and the best zoo in Germany. In recent years some big projects were carried out in the zoo. The most famous is probably the Gondwanaland, the World's second largest indoor rainforest. 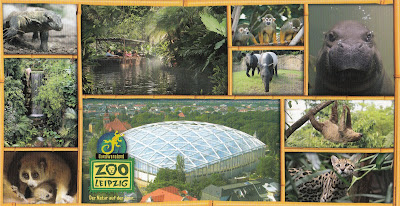 The Imperial Court of Justice was the supreme criminal and civil court in the German Empire from 1879 to 1945. Its former building, that was constructed between 1888 and 1895, now houses the Federal Administrative Court. 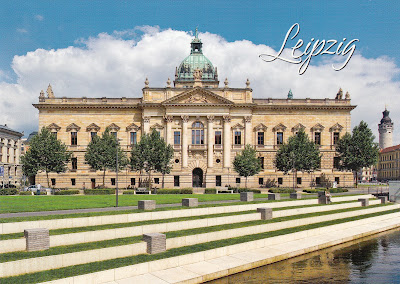 The Russian Memorial Church was built between 1912 and 1913 to honour the fallen Russian soldiers of the Battle of the Nations. 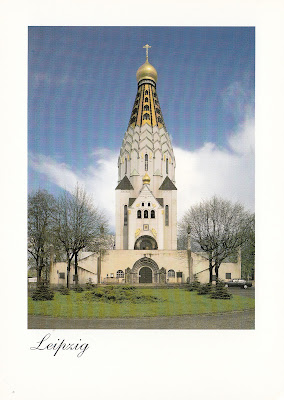 The Leipzig Main Station is the central railway terminus in Leipzig. When it was opened in 1915, it was one of the largest train stations in the World. Still today it is the largest terminus in Europe. 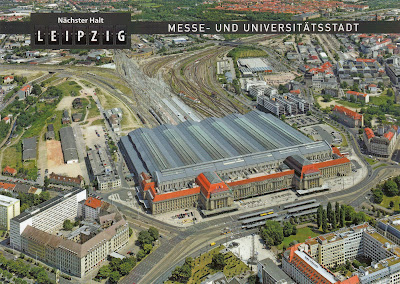 The Leipzig Bavarian Station was opened in 1842 as terminus of the railway line between Leipzig and Hof in Bavaria. It is one of the oldest surviving train stations in Germany. 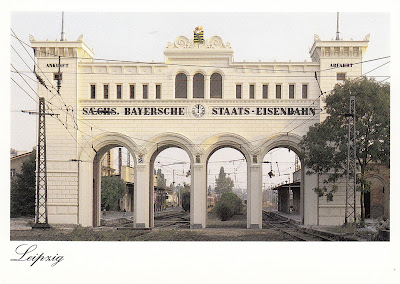 The Red Bull Arena is the largest football stadium in Saxony and the second largest in East Germany. It was one of the venues of the 2006 FIFA World Cup. 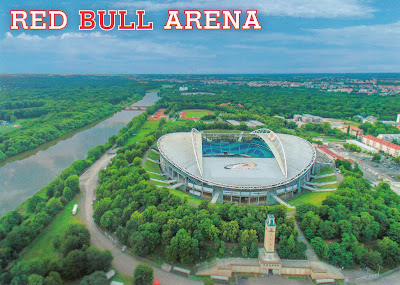 At the Monument to the Battle of the Nations I also bought two cards showing a map of the battle and Napoleon Bonaparte.