On Thursday I was in Berlin and there I visited the DDR Museum.

The DDR Museum is a private museum that was founded in 2006. It shows exhibits of the daily life from former East Germany and has many things to try out.

The first card I bought shows the DDR Museum shown in the style of the East German comic Die Abrafaxe. 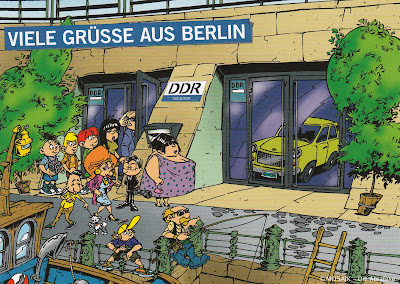 The museum has a big shop with many postcards showing things from East Germany.
Two of the cards I bought show a map of the German Democratic Republic. 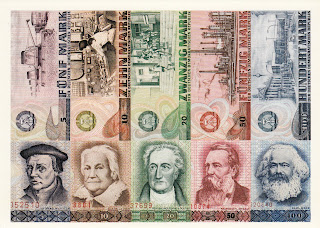 I also found a postcard of the Messemännchen. The Messemännchen was created by Gerhard Behrendt, the man who also created the Sandmännchen, in 1964 to promote the Leipzig Trade Fair. 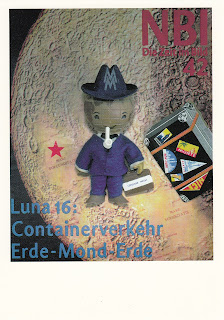 The last card shows the monument of Karl Marx and Friedrich Engels in Berlin. 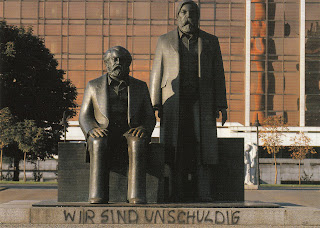