At the beginning of this year the German Post issued two new stamps featuring animals, the Raccoon and the Porpoise. Luckily I was able to get some matching cards for the stamps, which arrived during this week. Interestingly three of four cards are connected to German national parks.

The Raccoon is a medium-sized mammal native to North America, which was introduced to Europa in the 20th century. Raccoons are noted for their intelligence and adaptability. Their original habitats are deciduous and mixed forests, but they have extended their range to mountainous areas, coastal marshes and urban areas. In Germany there are today probably more than 1million Raccoons. 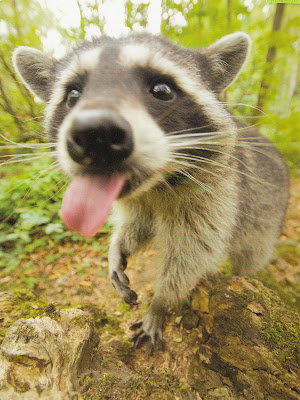 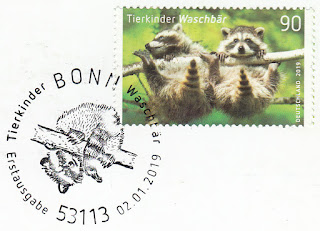 The Raccoon reached the Harz already shortly after the first German Raccoons were brought to the wild in 1934. Although they were quite well received in this national park, they are sometimes also considered to be a pest. 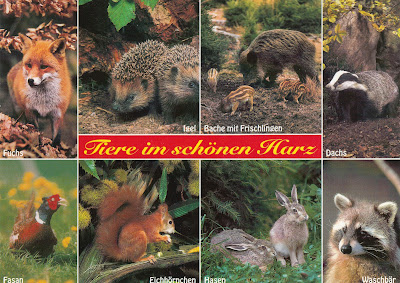 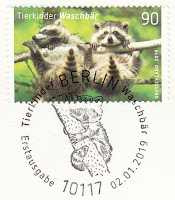 The Porpoise is Germany's only whale species. It is a common sight at the Baltic and the North Sea, but its population is decreasing. 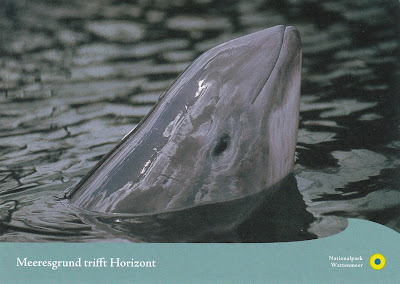 The Wadden Sea is the largest unbroken system of intertidal sand and mud flats in the World. In Germany there are three national parks in the Wadden Sea and also in Denmark and the Netherlands there are Wadden Sea conservation areas. The Wadden Sea in Lower Saxony, the Netherlands and Schleswig-Holstein was added to the UNESCO World Heritage List in 2009, the national park in Hamburg was added in 2011 and the Danish parts were added in 2014. Porpoises use these conservation areas especially when they are bringing their calves to the World. 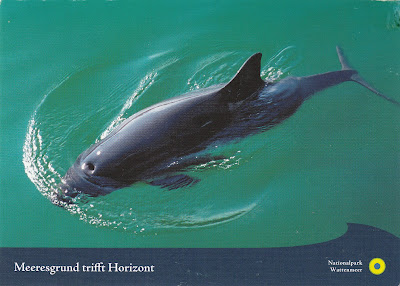 With a matching stamp:
Endangered German Whale Species - Porpoise (issued 02-01-2019)
with a special postmark from the Waloseum in Norden 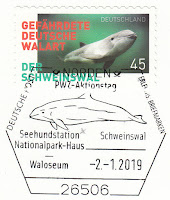 When I bought the Porpoise cards in an online shop, I also bought four other Wadden Sea cards for my collection.