On Tuesday I got two postcards: one from France and one from Germany.

The card from France shows various views of Dunkirk. Dunkirk is the northernmost city in France and the World's northernmost Francophone city. It is especially known for the Battle of Dunkirk during World War II. 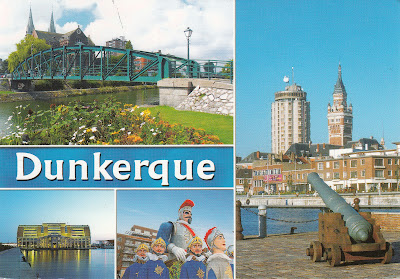 Stamp:
EUROMED - Trees of the Mediterranean (issued 11-07-2017)
with a special postmark from the philatelic shop in Dunkirk 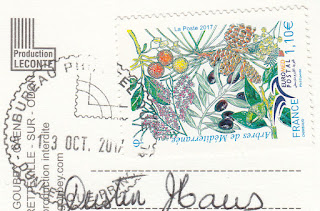