On Monday I got two postcards from Austria.

One of them shows the Capuchin Church and Imperial Crypt in Vienna. The Imperial Crypt, which is located under the Capuchin Church and which thus also known as Capuchin Crypt, is since 1633 the principal place of entombment for the members of the House of Habsburg. The bones of 145 members of the House of Habsburg plus urns containing the hearts or cremated remains of four others are there including 12 emperors and 18 empresses. 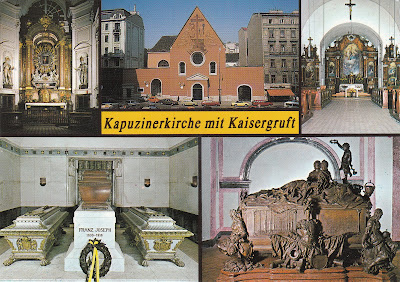 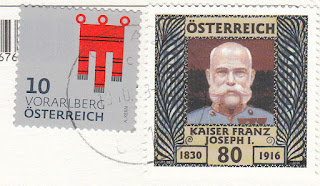 Thank You very much Anita!