My Trip to the Merseburg Cathedral

On Thursday I visited the Merseburg Cathedral.

The Merseburg Cathedral was built between 1015 and 1021 as cathedral of the Bishopric of Merseburg. Its construction is strongly connected with Bishop Thietmar of Merseburg, who wrote an important chronicle about the Ottonian Kings and Emperors, and Emperor Heinrich II, who had reestablished the bishopric in 1004 and who was there when the cathedral was consecrated. In 1545 Martin Luther gave a sermon in the cathedral and since the Reformation it has not been the seat of a bishop. The cathedral, which was built in a mixture of Romanesque and Gothic architecture, is considered to be an artistic and historical highlight in southern Saxony-Anhalt, but also inside are some important artworks. The most famous are probably the graveslab of Rudolf of Rheinfelden, which is the oldest bronze graveslab in Middle Europe, the Ladegast Organ, which is said to be one of the best organs in the World, an altarpiece created by Lucas Cranach the Elder and a facsimile of the Merseburg Incantations. 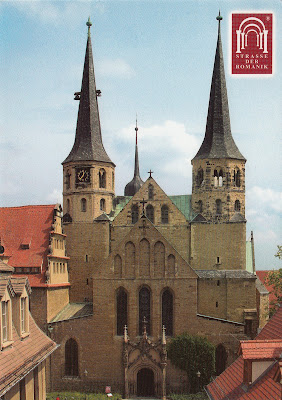 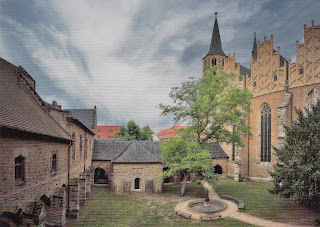 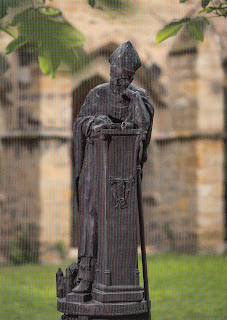