On Tuesday I got six postcards: one from Australia, two from New Zealand, one from Japan, my first card from the Cocos Keeling Islands and one from Canada.

The card is a maxicard. The stamp is from a set of five stamps about Children's TV and was issued on 6th May 1999. 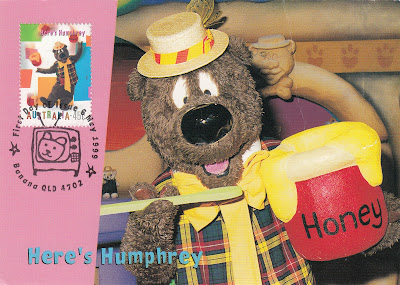 The card is prepaid and was added with another stamp:
Gold Medal Winners of the Summer Olympics 2000 (from set of sixteen) (issued 17-09-2000)

Thank You very much Chui Choo!