On Friday I got four postcards: two from Italy, one from Japan and one from Germany.

One of the cards from Italy shows the Roman Harbour and the Patriarchal Basilica in Aquileia. Aquileia was one of the most important cities in the Roman Empire. It was a centre of the amber and metal trade and of the production of glas. Later it played an important role in the christianisation of Central Europe. The Archaeological Area and the Patriarchal Basilica of Aquileia are since 1998 on the UNESCO World Heritage List. 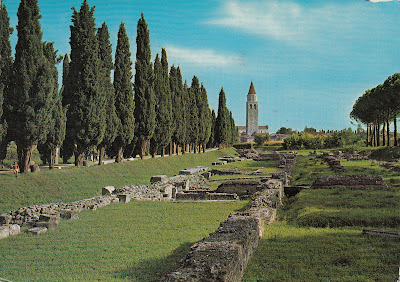 Thank You very much Cristina!