On Friday I got three postcards: one from New Zealand, one from Hong Kong and one from Belgium. 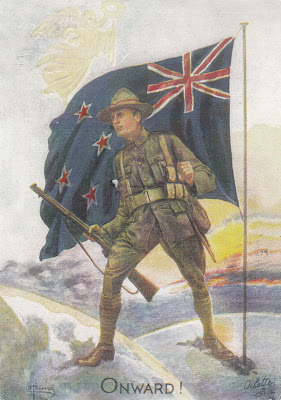 With a related stamp:
Centenary of World War I (from set of ten) (issued 06-04-2016)
Although the participation in the war was not the "great adventure" that was expected, many New Zealanders were still able to satisfy their sense of adventure and explore European soil. The stamp shows the permanent presence of the New Zealand Expeditionary Force in London. 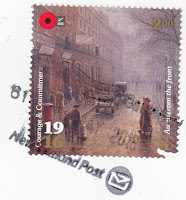 Thank You very much Sharon!