Yesterday I got three postcards: one from the USA and two from Germany.

The card from the USA shows the State Capitol in Bismarck. Bismarck became the capital of the Dakota Territory in 1883 and is since 1889 to capital of the US State of North Dakota. To attract German settlers the city, which was earlier known as Edwinton, was named after German chancellor Otto von Bismarck in 1873.
The card was sent via PostcardUnited: USA- 7365 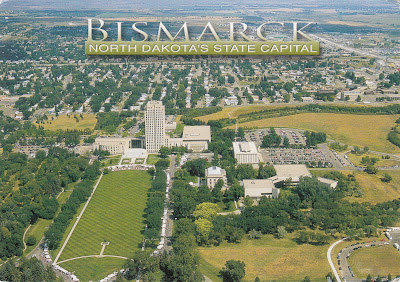 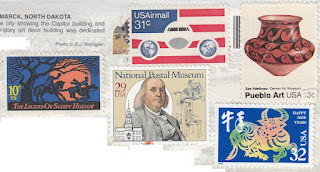 Thank You very much Dede!