Yesterday I got two postcards: one from Germany and one from Finland.

The card from Germany shows the Nikolaifleet in Hamburg. The Nikolaifleet was the cradle of Hamburg's port in the 12th century. It is known for its old buildings.

On 7th and 8th July Hamburg hosted the G20 Summit, the twelfth meeting of the Group of Twenty. The summit was accompanied by violant riots and ended with a vague summary paper. 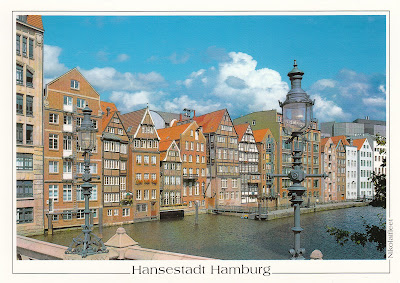 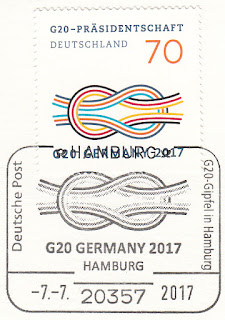