On Tuesday I got not only two postcards but also a cover from Germany. 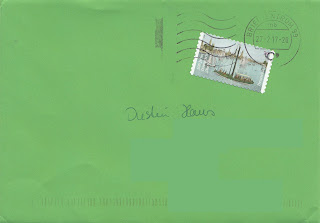 Inside were two postcards. 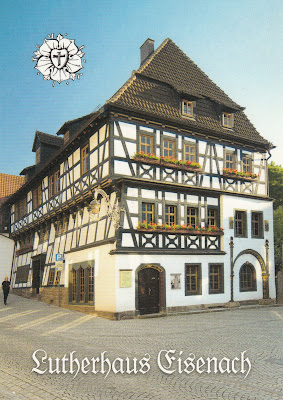 The second one shows various places in Eisenach which have a connection with Johann Sebastian Bach. Johann Sebastian Bach was born in Eisenach in 1685. He was baptised in the Saint George's Church, where Martin Luther already had given sermons, and later went to the same Latin School as Luther. In 1695 he moved to Ohrdruf. In 1907 the World's first Bach Museum was founded in Eisenach (lower row middle picture). 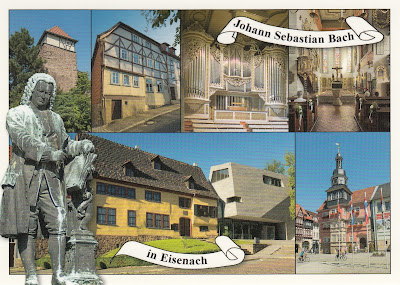 Thank You very much Sandy!

Email ThisBlogThis!Share to TwitterShare to FacebookShare to Pinterest
Labels: *Museums, Germany - **From my Wishlist, Germany - Thuringia