On Wednesday I got two postcards: one from Austria and one from Hong Kong.

The card from Austria shows various views of Vienna. Vienna is the capital and largest city of Austria and one of its nine States. It is also the second largest German-speaking city and the seventh largest city of the European Union. One of the four major UN office sites is located in the Vienna International Centre. The Schönbrunn Palace in Vienna is since 1996 on the UNESCO World Heritage List, Vienna's Historic Centre followed 2001. 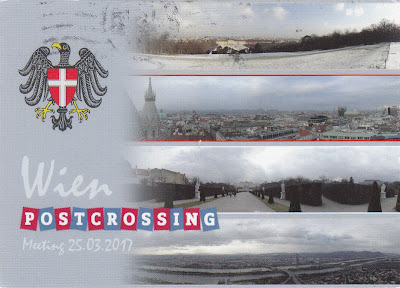 The card was signed during the Postcrossing Meet-up in Vienna.
Stamp:
Postcrossing (issued 21-05-2016) 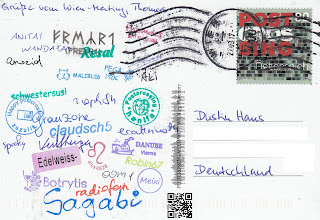 Thank You very much Thomas!