On Thursday I got three postcards: one from the Australian Antarctic Territory, one from Italy and one from Germany.

The card is a maxicard. The stamp is from a set of four stamps about East Antarctic Deep Sea Creatures and was issued on 7th March 2017. 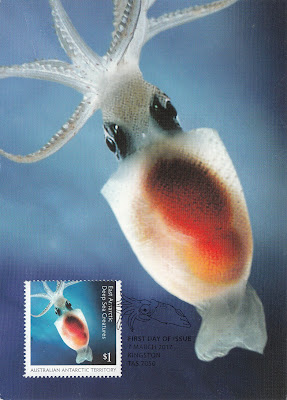 The card is prepaid.

Thank You very much Azzi!