On Thursday I got three postcards: one from Germany, one from the Australian Antarctic Territory and one from Italy.

The card from Germany shows Wolfsburg Castle. Wolfsburg Castle was first mentioned in 1302. It was built as medieval lowland and water castle, but was later turned into a representative palace and is known as the northeastern-most example of the Weser Renaissance. Today the castle is a cultural centre of the city of Wolfsburg and its carriage house is home to the Town History Museum.
I bought the card when I recently visited Wolfsburg. 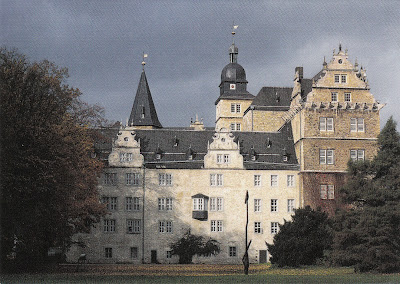 Stamp:
500th birthday of Lucas Cranach the Younger (issued 01-10-2015)
with a special postmark about the 70th anniversary of the philatelists' club of Wolfsburg 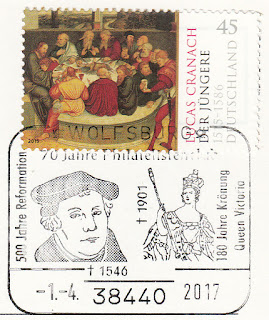 I also bought another card of the castle, which shows the carriage house in the background. 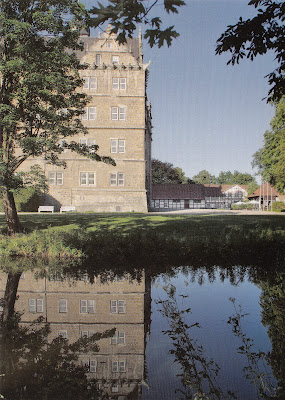