On Monday I got four postcards: two from Ukraine and two from Germany.

One of the cards from Ukraine shows a Petrykivka painting of a rooster. Petrykivka paintings originated in the 17th century and were used to decorate house walls and everyday household items. They usually depict flowers and animals based on careful observation of the local flora and fauna. Since 2013 is the Petrykivka painting an Intangible Heritage of the UNESCO. 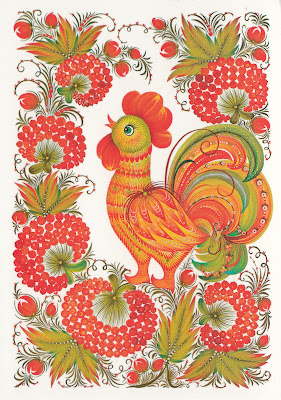 Thank You very much Sergey!