On Thursday I got not only two postcards but also two covers from Germany. 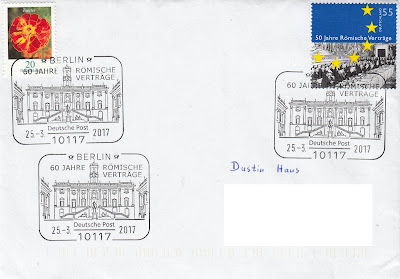 The second cover is prepaid and was issued to commemorate the 250 years of Pforzheim as Gold Town. I used it to get a special postmark about the same theme. 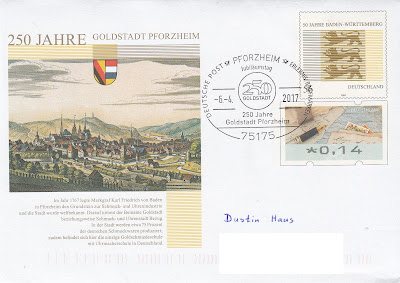