On Wednesday I got three postcards: one from the USA, one from Finland and one from Germany.

The card from the USA shows two Laysan Ducks. The Laysan Duck is a critically endangered duck which only survived on Laysan Island. In 2002 42 ducks were translocated to the Midway Atoll to ensure their future. Both islands are located within the Papahānaumokuākea Marine National Monument, the second largest protected area in the World. The Papahānaumokuākea is since 2010 on the UNESCO World Heritage List. 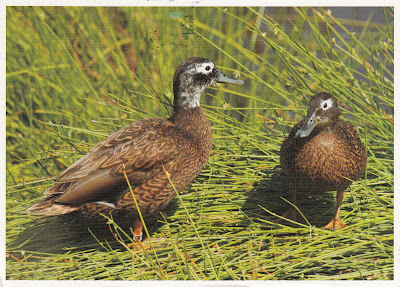 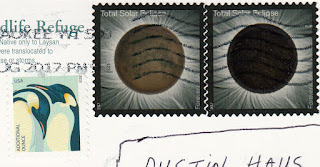 Thank You very much Judy!