On Thursday I got two postcards: one from Transnistria and one from Kyrgyzstan. 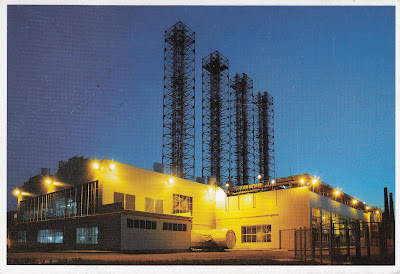 Transnistria issues its own stamps, but as its independence is not recognised internationally the stamps can only be used within the territory. To send mail to other countries Moldovan stamps have to be used. The Transnistrian stamp on this card is from a set of three definitive stamps and was issued on 12th April 2016. The new motive was printed on the backside of a fiscal stamp from the 1990s.

Thank You very much Hanko!