On Wednesday I got three postcards: two from Thailand and one from Sweden

The cards from Thailand are both maxicards and were fixed together by tape.

The first card shows a Golden Rain Tree. The Golden Rain Tree is native to the Indian subcontinent and South East Asia. It is used in herbal medicine and is the national flower of Thailand.

The stamp was issued on 8th August 2017 to commemorate the 50th anniversary of the ASEAN and is a joint issue with seven other ASEAN member states. 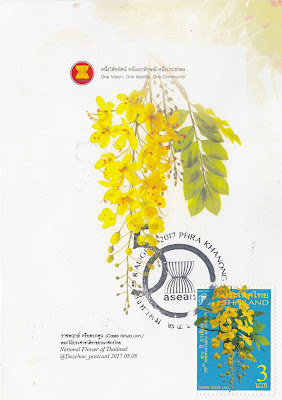 The second card commemorates the 120th anniversary of diplomatic relations between Thailand and Russia. The stamp was issued on 3rd July 2017 and is a joint issue with Russia. 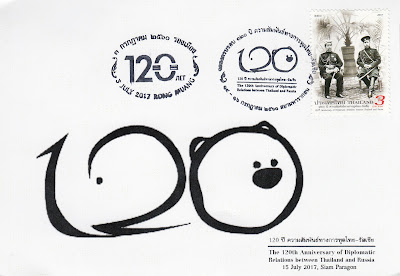 On the backside of the second card are four special postmarks and the stamp that was used as postage:
Tourism (from set of ten) (issued 05-07-2012) 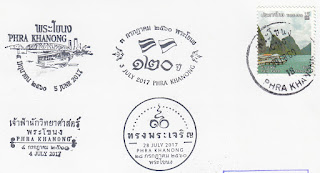 Thank You very much Cherry!